You are here: Home / Personal Finance / 5 ways to deal with salary cuts or financial crunches? 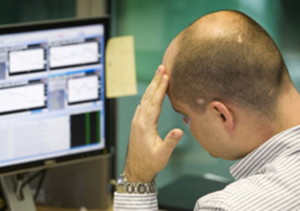 With the economy hitting the rough road, a lot of companies are feeling the pinch and resorting to pay cuts or lowered salary for their employees. If you are one of those, here’s how you can tackle the situation and manage to survive.

The word recession was once learnt by us in history books as kids while going through the chapter regarding the Great Depression of the 1930’s. But as we grew older we were faced with stories of India Shining and Bharat Nirman and what not and it was all good for our country as the stock market sky rocketed with the economy going great guns. Unemployment was thing of the older Bollywood movies where the hero stood in queues under the NO VACANCY sign, and no one imagined that salary cuts will happen.

But then the economy hit a road block, in major part thanks to the crisis in the Europe and other parts of the world like US, but our country too was affected too. Things did not go as bad for us as they did in some other countries but the working class did start to feel the pinch. While most people did manage to cling on to their jobs, there started a trend where now a lot of companies have started to go for pay cuts and most employees have to go through it as a means to safeguard their job. But how do you deal with it? And what options do you have in such a situation? Well let’s see.

Firstly, as soon as you get a hint of your company beginning to under perform or raises get delayed, you should prepare yourself for a salary cut. While a lot of companies tide over it by letting under performing employees go and hang on to the good ones, eventually there may be a situation where your pay gets reduced to an extent. In such cases, firstly think of your options and no it does not mean robbing a bank or hoping to get to the hot seat of KBC, but realistically evaluating things to deal with a financial crunch. Let us look at 5 ways to deal with salary cuts and financial crunches:

Also Read:  Why we never end up saving 'Enough'

1. SAVE, Cut down unwanted expenses:

You may think that you hardly manage to save at the end of the month and the pay cut will get you in a financial crisis, but being jobless can be a lot worse. If you cannot save much now, learn it right away. Here’s a thing about money, if you do not know what to do with it, eventually it will find its own way of being used up. So save, invest and cut down expenses, as much as you can. Curb your eating out habits maybe, or take up public transport instead of your own vehicle on some days of the week, avoid movies in multiplex on a weekend when prices are double than that on a weekday. Make a monthly budget and stick to it for a while and follow these simple tips for saving money here.

2. Consolidate some of your investments:

If you have been wise enough to invest regularly, chances are you will also know how to manage funds and deal with such a situation. Start consolidating some of your investments and see if they can bring about some additional income. For instance if you have a mutual fund investment that you can withdraw say 50,000 from, do not take it all out at once, instead opt for SWP or Systematic Withdrawal Plan. Take 2,000 or 3,000 a month through SWP and it will give you some additional cushion over your salary for a year and a half maybe before it reaches zero. The reason for this is psychological as well as financial. Psychologically when you have a financial crunch, even a small amount of money will boost your morale, and a large sum of money may give you false hope that you can manage easily as you have that much money. Financially too, the part of money that still remains after your monthly withdrawal still stands to gain from the markets as it is still invested. If not mutual funds, then whatever investment you have, withdraw in regular equal chunks. If you are one of those who haven’t started to invest yet, well start before its too late.

3. Get some alternate income:

Apart from cutting down your expenses and withdrawing from investments, you must look for what else can you do to raise your monthly bank balance. All of us will have something unique that can serve as an alternate source of income if not now than eventually in due course, and may even serve as an alternate career altogether if your current industry is not doing well. It could be anything, may be passive income like some odd freelance assignments, consulting, maybe writing e-books or some hobby that you can teach others say dancing, cooking, painting anything that you may feel confident enough to go ahead in. There are some work from jobs too that you can take up, but beware of the fraud ones. You could, if possible, also negotiate on some relaxed working hours if your company has such provision. This will help you manage your alternate occupation or activity.

Along with all the above steps, do remember to update your resume and look out for better offers. If all else fails you will need a better job if not higher paying at least a job that pays at par with your pre-cut salary. And in any case it is better to hunt a new job in a stable company if you feel your company may resort to further cost cutting measures. The pay cut could be temporary only, and once a few overheads are minimized or debts stabilized, the company may reinstate your previous salary; you need to get this clear from your superiors though, that how long will the cut last, is it 2-3 months or more and do you by any chance stand to get your lost salary in the future if the company recovers.

Also Read:  How to achieve financial Independence in India? 12 ways to be financially independent

This is the most important part of dealing with any situation and more so in this scenario, where you just heard the news of your pay cut. Firstly get one thing straight, ask your employer if the pay cut is in regards to your performance or company’s performance. If your performance is the issue, discuss ways to better yourself constructively with people you trust and work on it. The company will see it and will reward you in due time. If it is the company’s performance then it is not your fault. You need to be sincere in your work and remain positive at all times. This could have been lot worse if you had been fired. Also consider this, by taking a step to cut pays and keep employees the company is allowing people to keep their jobs and means that it does value its employees and does not want to lose out on its resources. When the situation gets better, your salary will too.

Such a situation is faced by a lot of people and no more a matter of shame or social stigma. Yes, there will always be people around who will do better than you, and there will always be the ones not as lucky as you. Be positive and be focused on your future options. Do not dwell on what could have been, instead use your time and energy to better your future prospects in your existing company or a future one if the need be, or and alternate career altogether, who knows.