You are here: Home / Personal Finance / Why is ‘Will’ important to have a ‘Way’?

Making a will is considered to be a thing for the old age; however the right time to make a will is now. You should be considering writing your will as on this day itself. Here’s why.

They say ‘where there is a will there is a way’. Yes, indeed it is so and where there isn’t a will; there are law-suits, court cases, disputed properties and a waste of time and money for the survivors of the deceased. Yeah, it is. Often times petty financial and property disputes among kin can be avoided if only the parent, guardian or relative whose property or financial estate is in question; bothered to write a will. But no, why should we write a will? We are young and the time hasn’t come to do so. Well, actually this is where we make our biggest mistake in life. 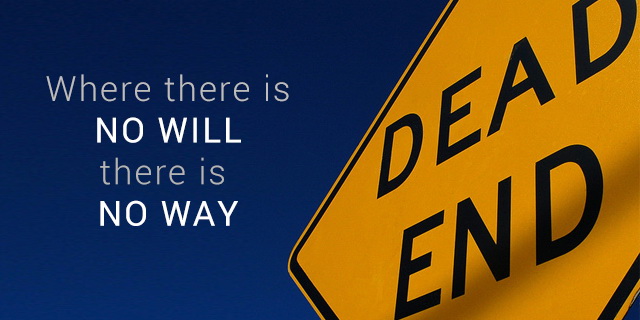 ‘Will’ is IMPORTANT – For All, Irrespective of Your Age!

All the finances, property, investments that we have worked so hard to create, achieve, and manage can be locked up in legal tangles for ages, just because we fail to make a will in India. There are quite a few real-life examples that come to mind where the families end up in disputes over who gets what and why just because making a will was not that important to the deceased person.

A friend of mine is in constant legal battle with his elder brother over a flat that is not occupied by their families but was taken by their father as investment. The elder brother claims that being the older son he deserves equal share in the flat, while my friend had actually made a small contribution towards the purchase of the flat and he feels he should not be sharing it with anyone else. Valuable time and money is being spent on the legalities of it and not to forget the harm it is causing to a family and the relationship between the brothers just because their father never realised why is will important in India.

The Father was 55; who always thought that a will can be made any time later since he had the ‘time’ and 50 was not the age to be thinking of all that.

Another real-life example is when a recently deceased father of three failed to make a will since his assumption was that his estate will be equally divided by his children – 2 Sons and 1 Daughter. The 3 siblings have now locked horns over who will get the stocks and shares of their father and who will rightfully reside in the house of their father, since one brother lives in another city, the daughter is married so this leaves the 3rd brother wanting to get the house entirely to him since he was the one who stuck around to his dad’s side till the final days.

This decision would have been so simple had only the father realized the importance of a will in India. All he had to do was mention who gets the shares of which company in what quantity and if he really thought that the 3rd one was by his side till the end and he deserved the house, he should have written it down.

Also Read:  8 ways How to choose the Best Tem Plan? 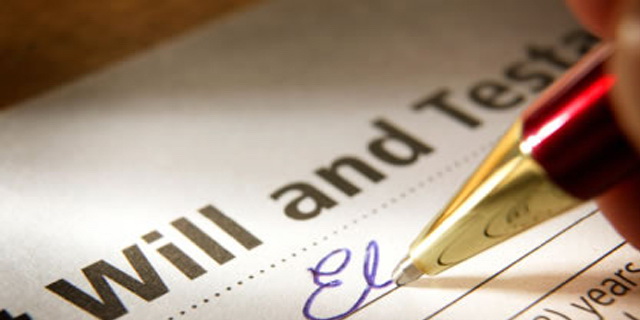 The main problem with us is that we only think of will as a thing to be written in the ‘older days’ of our lives or post retirement. But that is just SO WRONG. The assumption is we are young and healthy so will is out of the question.

This is the same mindset as not wanting to take a proper life insurance cover for one’s self. Making a will in India should be among the first steps in your Financial Planning, unless of course you have no dependants like parents, spouse, or kids. If you have anyone dependant on you, making a will is an essential step towards achieving financial independence. Even if you are young, in your 20’s or 30’s; make a will. Imagine a situation where your parents and spouse or children enter into a debate as to who gets what once you are gone.

OK… you are young, but can you predict life? Accidents, some sudden illness, lifestyle diseases – anything can happen. At that point you really wouldn’t want your family to be fighting in your absence.

I mean what’s the point of the money or property that you worked so hard to create for you and your family’s security if that is the main cause of disputes among your family that you always imagined to be happy and financially secure in your absence? And why all this? Because you never understood why is will important in India? If you are young chances are you have parents, spouse and kids and this increases the chances of a family dispute even if you have ‘Nominated’ people in various financial instruments. Nomination is not a will and can be challenged and disputed in courts if the other party wants to. Always, always make a will and divide your estate in the way you would want to. In case where you would want a friend or distant relative or a servant to get some share of your estate, that can be done through a will and it will legally binding.

Also Read:  Here’s Why your Home could be your Biggest Liability

Who Should Make A Will?

In India if you are 21 years or above you are legally allowed to make a will. A plain piece of paper with your handwriting on it mentioning you are of sound mind and health when writing this will and who gets what in your absence and signed by you is a will that is acceptable legally. This simple step can negate a lot of disputes and legal hassles in your absence. Make a will, right now at this very moment and mention how you would want to distribute your estate. In case you want to, you can always make changes to a will as and when required, so the final will can always be amended by you periodically if you feel so.

In the next post we shall discuss about how to make a will in India and important things to remember while doing so.