You are here: Home / Insurance / Smartphone Insurance: Do you really need it?

With so many smartphones seen around, is it wise to insure a device that is an integral part of your daily life? Do you need smartphone insurance? Maybe you do, let’s find out.

There are smartphones everywhere and almost everyone around seems to flaunt one from various brands. The things is that while all the cool features and functionality is great in these devices, it has become the basic device for almost all our needs, from communication to entertainment to looking for stuff or finding route-maps etc. It is all-in-one device for most and that is why there is a question of Smartphone insurance. People do not flinch at spending their entire month’s salary or even more to get their hands on one. And even if you do not like to spend that much, that are so many companies from India and China that are offering real solid phones with great features at half the price of others. It is an important device and prone to damage, theft or other issues. So do you need to insure your smartphone?

Well, before you jump to a conclusion of YES or NO, there are certain factors you should consider before deciding for or against smartphone insurance. 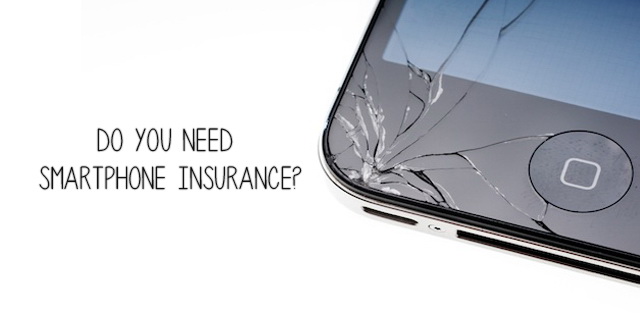 What the Smartphone Insurance Covers:

Like any other insurance smartphone insurance on the face of it covers loss of your smartphone due to theft, damage, fire, accidents etc. So when you buy a new smartphone the possible scenarios that you may encounter are your smartphone getting stolen, it may drop and the touchscreen may crack, it may get wet and hence be non-functional etc. These are all covered up to various percentages depending upon the life of your smartphone. For instance a newer phone if damaged will be covered up to 90% of the cost incurred by you as compared to an older one which may cover as low as 50% of the costs you incur. Still it saves you a lot of money.

Also Read:  5 must have insurance covers in India

What the Smartphone Insurance Does Not Cover:

Not all is covered under the insurance of your smartphone. The list of exclusions have ‘mysterious disappearance’ clause which means if you happen to just misplace the phone or ‘forget’ it somewhere like a train or bus, restaurant or anywhere; such ‘forgetful’ thing is not covered under the smartphone insurance. Also if your smartphone is flicked from a car it will not be covered if the car is not well guarded or unattended, meaning if it is parked or stationary and the windows are rolled down and someone picked it up, the claim may or may not go through. This is however different from company to company since some insurance providers do cover this scenario. However, if the theft of your smartphone is from a safely parked vehicle that was broken into, then your claim will go through and this will be covered.

They also do not cover the normal wear and tear of your phone due to regular usage or any software malfunctions, experimentation, or damage caused due to lending the phone to third party or even during repairs at the service centre. Should you buy Smartphone Insurance:

Well, probably YES. Yes, because if you consider the scenario where your smartphone costing RS. 30-40 thousand is stolen or damaged within the first year itself, the amount you spend on repairs or buying a replacement will be high and that is an added expense that you can easily avoid by paying a very little price. For instance if you are ready to buy a Smartphone worth 30,000 then adding another 1500 or so for comprehensive cover to safeguard it should not be a BIG issue for you.

Also Read:  7 Reasons Why your insurance claim will be rejected

Consider this; you brought a new cellphone, and within a few months you dropped it and saw the screen crack. Touchscreen phones are great but when the screen cracks, the cost of a replacement are almost half the price of a new smartphone. If you bought a phone for say 25-30,000 you are looking at something around 8-12,000 on the touch replacement. Even if you have a budget phone or around 10-15,000 rupees, even then the cost of screen replacement is around 6-7 k. Is it worth spending so much on repairs of a relatively new phone? NO. And that is why you have insurance.

Smartphone insurance is gaining popularity since people have realized that spending a relatively nominal amount while buying the smartphone is worth it, considering the costs that come later if the phone was not insured. If you have insurance for your smartphone then in that scenario you would be paying only 10-30% of the cost of repairs and the rest all you can claim from insurance. So for a screen replacement worth Rs. 6000 on a smartphone costing Rs. 12,000; if you have insurance you would be paying only Rs. 500-900 and the rest will be borne by the insurance company. If your phone is stolen the market value of it or an equivalent phone is determined as on that date and the claim can be settled after and FIR and other required documents are submitted to the insurer.

When you DO NOT need Smartphone Insurance:

If you have a smartphone that is Dust, shock and Water Proof which virtually rules out physical damages, than in that case you can go for only a Theft Cover that is much lesser compared to the comprehensive cover in terms of cost. If you are sure that you will never damage your phone, never lose it, never let it get stolen, then you can very well ignore the insurance, but are we always that sure?

Also if you think, since you have insurance you can just claim for everything again you are wrong. Every insurance company has a set of ‘INCLUSIONS’ and ‘EXCLUSIONS’ so you need to go through those before you opt for one. No company will ever cover 100% of your cost. They have slabs as per the life of your phone since phones depreciate in value very rapidly and hence from a 90% coverage at the start, from the date you purchased the phone to as low as 40-50% at the end of the first year of the coverage can be possible depending upon the company policies.

You need to buy smartphone insurance at the time of buying the handset from the dealer since most companies do not provide it otherwise. Some companies do offer it even after you have bought your phone but these are few. So it is advisable to ask for insurance while buying the phone itself.

If you are spending your hard earned money on a smartphone, you might as well consider getting it insured. It is an added cost and you may or may not require it, but smartphone insurance does give you peace of mind and if the costs, especially those of the touch screen (which is more likely to damage in the smartphones) arise, you will be thankful to those few rupees you spend extra.