You are here: Home / Investments / Your nominee may not get what they are nominated in: Rights of a Nominee in India

We often have nominee in our Life Insurance or various investments and we think the person will get whatever you have after your death. WRONG. It doesn’t work that way. Find out how Nomination in India works, exactly.

So you have taken some Life Insurance, have a Demat Account with some nice shares and some nice investments in mutual funds and have some cash balance in your savings account. You are financially settled and want someone of your choice to inherit that in case of your death, so you mentioned a Nominee in all the above scenarios. You think once you are not around, the nominee will get all of that. WRONG! Yes you are WRONG. Legally that is not how a Nominee is viewed. Nominee is not the Legal Heir. So what is a nominee? How does nomination work in India? Who is a Nominee?

Simply put a nominee is a person we all mention in the nomination column of our various investments, bank accounts, insurance etc with the hope that in case something were to happen to us, then the nominee should get all that and your funds are in the right hands. Well, we think that, it is not how it actually works though.

Nominee is actually, as per law, someone who will take care of your funds/accounts after your absence till the time; the legal heirs are not identified. So basically a nominee is just a caretaker of your funds and not the person who will inherit all that after your death.

Also Read:  Manage your own Money: Why and How?

If there are joint holders, or a will is made then the persons mentioned in there as joint holders or beneficiaries respectively, are the legal heirs as per law and THEY are the ones who will get hold of your accounts/investments/insurance-pay-out after you have gone. A Nominee is NOT a legal heir and does not get everything.

Consider a situation, where you have nominated your wife as your nominee in everything. Now you would think that once you are gone, OBVIOUSLY, she gets it all. Well, she does not, since as per laws of succession, your wife along with your kids is the legal heirs, and hence all will be shared between them. However, if you do make a WILL and in that you mention, that only your Wife gets so and so part of your estate, then your kids, cannot lay claim to that, since even thought she is a nominee, you have mentioned that in your WILL and that is legally binding.

Also Read:  How your existing Investment can be your Monthly Income Plan and New Investment 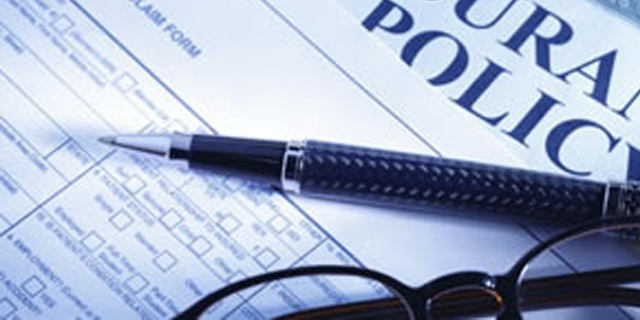 What are the Rights of a Nominee?

If you are a Nominee for someone or you have appointed a Nominee, then you would be wondering, what is the role of a nominee? Why bother having a nominee when legally he/she/they won’t get to keep the things you have mentioned them as nominees for? Let us understand that here.

Nomination is like making a trust wherein in your absence, the nominee takes care of your stuff. So basically it is done to simply get your stuff out of the hands of the companies and hand over to the legal heirs, which otherwise is a long process. For instance if you have a Life Insurance, then after your death, the insurance sum assured is transferred to the Nominee. This way it is out the company’s accounts and into the accounts of the person who is reliable (that’s why you made them nominee… right?) and can transfer that to your legal heirs.

If a nominee is not mentioned then your legal heirs will have to go through a long chain of settlement process and the process is cumbersome. So basically to smooth things up after you are gone, a Nominee is required. Same reasoning goes behind nomination in mutual funds, FDS, bank accounts etc where nominee will take-care of things to pass on to the legal heirs. EXCEPT for DEMAT ACCOUNT and SHARES.

Also Read:  Internet Banking Fraud: SIM Swap; Can you be a Victim?

In all of the above, the nomination is kind of a care-taker for the estate to pass on to the legal heirs, except for SHARES. As per law – Companies Act and Depositories Act, the Nominee can have all the rights and ownership of the shares held in the demat account for which he/she/they are nominees. So for the purpose of distributing shares, succession law will not work. Hence, either have a Joint Account Holder or make a will to mention that the ownership of the shares will go to whom.

Nomination in India is often mistaken for ownership of the estate for various purposes. However as seen above by and large nominee is only a caretaker of the estate for the legal heirs except for investments in Shares. However to ease things for your loved ones after you are no more, mere appointing of a nominee is not enough. Nominee will of course, make sure that the concerned assets are out of the company’s grasp after your death, however for a proper, hassle free distribution of your estate, PLEASE MAKE A WILL.